Top 5 Most Promising Currencies of 2022 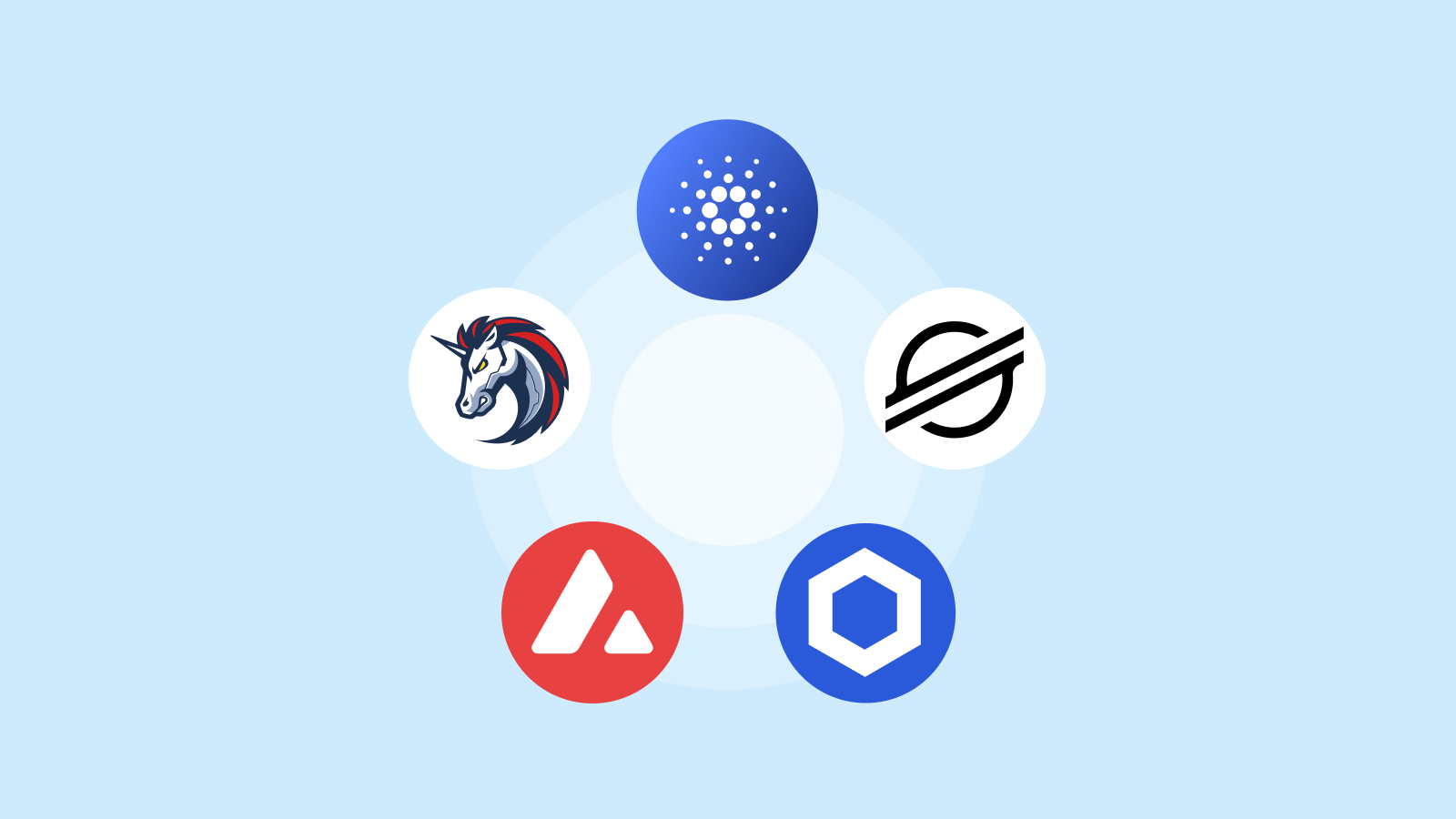 Cardano runs on the Ouroboros blockchain protocol, thus, it’s an absolutely decentralized blockchain with an open-source code. On the 29 of June, the Vasil upgrade is coming. That’s another significant renovation for the blockchain after the smart contract launch. The following upgrade was designed to lower transaction fees and solve throughput issues and app scalability. In anticipation of the launch, investors have paid closer attention to ADA currency.

You can create an ADA wallet here.

That’s a decentralized Oracle chain. The project aims to connect smart contracts through blockchains with outside resources, to bank accounts, for instance. The developers announced the LINK staking launch in the 2022 second half. After the news appeared on the Net, the token grew to 11%.

1inch is a liquidity aggregator of DeFi exchanges. It analyzes numerous price offers across multiple DeFi exchanges and provides its users with the best currency quotations.

Since 1inch was launched, the project’s core was continuously getting worse, so now it uses the DAO governance model. Thus, it attracts more investors to participate actively.

You can create a 1Inch wallet here.

The decentralized platform for making cryptocurrency trades with low fees. The payment system has already been implemented within various gaming platforms and online markets. The main platform partners are IBM and MoneyGram International. The project set up a $30 billion fund to support projects using Stellar at their early stage.

Another decentralized blockchain that took after Ethereum the best features but worked much quicker and cheaper. Despite a significant drawdown in the market, the network’s popularity among users and developers is constantly growing. The project stays in the top 20 currencies, according to CoinMarketCap.

#what are the top cryptocurrencies