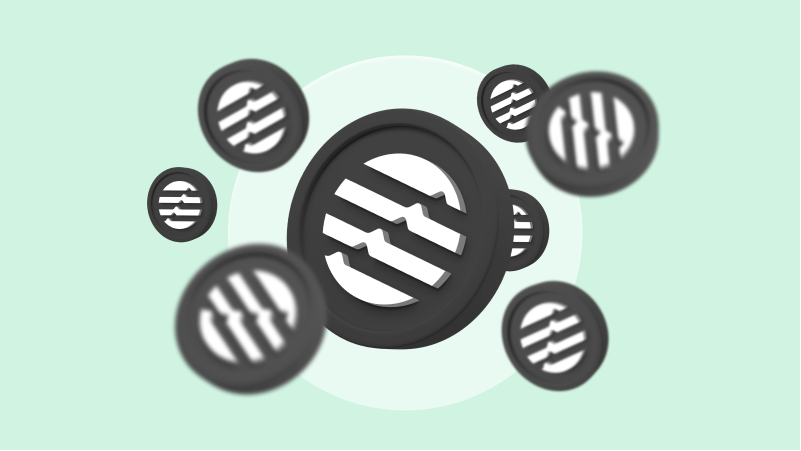 APTOS is a Proof-Of-Stake L1 blockchain. Ex-Facebook employees found it. That all started when they were asked to build the Diem blockchain for Meta. Eventually, the task was dropped as the regulators opposed Meta's planned stablecoin issuance.

So, the developers decided to build APTOS based on Diem's technology. They founded Aptos Labs and achieved their vision without Meta's help.

The project was born on February 24th, 2022. In their first medium post, the team talked about their vision of the project.

The team wants to build their project:

Undoubtedly, Aptos Labs has a perfect mindset and technical view on bringing APTOS to the market.

Don't neglect the project's background. People behind the team are important and can tell you a lot about the project and its possible future. You can easily find all the team members on LinkedIn. Here are 2 founders to have a closer look at:

The project's background is impressive and credible, but what about its features? They are full of promise, as well. Let's have a look at the most prominent.

First, it uses a Byzantine Fault Tolerant (BFT) consensus protocol which provides high performance. At the very beginning, they had a so-called "Hotstuff" BFT consensus, but in time, Aptos Labs built their BFT V4 engine. Thanks to it, APTOS got the following characteristics:

What do you think of that? Look like it's a decent L1 blockchain for smart contracts to deploy.

Next, it has such a feature as parallel execution. This allows APTOS to run various chains simultaneously. As you probably know, common blockchains, like Bitcoin or Ethereum, use serial execution. Meaning that they can process the next transaction only when the previous one has been verified.

However, APTOS can achieve high throughput with AptosBFT V4 and parallel execution.

The initial supply of Aptos tokens at the mainnet launch was 1 billion, where 510 million spread among the community members, 190 million to core developers, and the rest to the Aptos Foundation and private investors.

The Aptos Foundation owns 410 million tokens that will be issued over the next 10 years. 125 million APT encourages ecosystem projects, grants, and other community growth initiatives. A smaller 5,000,000 APT is initially available to help the Aptos Foundation initiatives for the Foundation category. 100 million tokens are owned by Aptos Labs, a centralized entity responsible for developing and maintaining the blockchain.

Aptos claimed that the tokens held by private investors and some current core contributors would be locked up for 4 years from the token launch.

The APT is a utility and governance token. Its key features are interoperability and compatibility. It uses a standard implementation that improves those two mentioned features across the Aptos ecosystem. Its primary focus is facilitating liquidity by defining fungible, semi-fungible, and non-fungible tokens (NFTs) in a single, smart contract. This quality allows tokens to be easily stored, transferred, and transacted and helps fulfill the first goal of overall interoperability throughout the Aptos ecosystem.

The token allows for rich on-chain properties which users can use to customize and define their own token properties, which can be easily stored on-chain. This could remove the need for additional metadata stored off-chain.

The Aptos token standard also allows for reduced resource use and overhead, which leads to cheaper resource costs for creating large amounts of NFTs or other tokens by letting tokens reuse on-chain metadata for definite fungible tokens.

Why Is Aptos in Trend?

Aptos is on the wave right now. There are some evident reasons for that:

Aptos offers some unique and necessary features that cannot be found in other layer-1 protocols. Aptos has all the rights to compete with Ethereum and Solana in scalability and network performance terms.

We shouldn't forget, though, that the project is heavily backed by venture capital (VC). According to Aptos Explorer, APT's total supply is over 1 billion, and more than 800 million tokens are staked. Early investors, private buyers, and the Aptos team collectively control about 80% of the token supply.

Nevertheless, Move technology is a revolutionary programming foundation for solving blockchain scalability and security drawbacks. Aptos Labs has enough experience in the blockchain industry as well as Meta, so it earned a reputation for the long-term success of the blockchain.